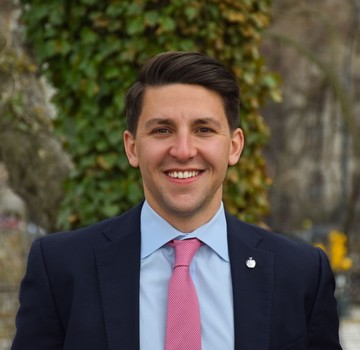 Brendan's path to launching Byson was inadvertent and unconventional. His parents are not real estate moguls or business owners, but rather blue-collar workers who advocated for a career with stability. After graduating from Bentley University with a bachelors degree in Finance, he joined KPMG as a senior consultant specializing in information systems and data migrations for big banks.

However, the transition to real estate occurred before KPMG when he gained exposure to the sector through a position held at Rudin Management Co. This position opened the door to the industry and introduced him to the operational side of owning and operating residential and commercial spaces across Manhattan. It was re-engaged when he obtained his salesperson's license during his tenure at KPMG and started transacting deals primarily as a buyer agent.

Byson was a conglomerate of all these prior positions; it embodied finance, operations, and interpersonal skills.

Outside of operating the business, Brendan enjoys getting outside of the office whether that be training for a marathon or skiing in Colorado. A native New Yorker, he's also keen to spend time with his family on Long Island.